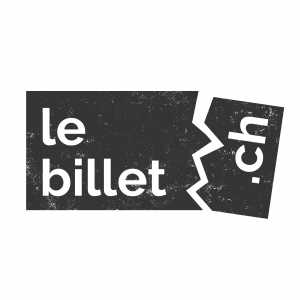 LB – Could you share with us your impressions from the screening of nebel?

NV – I thought it went well. As you saw, it is a very quiet film so sometimes people start getting restless, expecting something more to happen. We had really great screenings where everyone in the audience stayed really quiet and we even had a screening where people were laughing during the little scenes with the poodles, and they were laughing really loudly! So it’s always very different. I was expecting more restlessness today because it’s such a huge room, so I was worried about it. It all felt a bit funny.

LB – Your film premiered at the Berlin film festival earlier this year, can you tell us what’s different for you between Locarno and Berlin?

NV – Well, here in Locarno I’m also member of the jury for the Pardi di domani category. So tomorrow night I will go with Rutger [Hauer] to the stage and award the prize, and I’m really excited about that. I’ll be on the largest stage I’ve ever been on!

In Berlin, you don’t have this one place that is as huge as the Piazza Grande. You have large cinemas, but it’s all inside since the festival is during winter. So we’ve been to big movie theatres, but nothing like here. The FEVI Auditorium is so far the largest place where my film was shown.

With these kinds of films, you’re not expecting to be shown in huge movie theatres, and for us it’s really important to have a good sound system, which was the case at the FEVI. When you have a lousy sound system, this film is…well, we have a lot of subwoofers, which you only feel vibrating in your chest and don’t hear. So with a bad sound system the screen would start shaking, and everyone could feel it but they couldn’t hear anything. So that was really great to have such a perfect sound system.

Since this is my first medium-length film, we were slightly overwhelmed to be going to the Berlinale. What could have happened is that we show this film once in the little cinemas at my school, and nobody else would want to see it. You submit it to festivals and they could all just think it’s crazy. So we didn’t expect such a big thing with nebel, and what we were most proud of is that we never tried to make a film that goes to large festivals. We tried to make a film that is the truth that we see.

It was also overwhelming because the cinemas were sold out for our film. You do this crazy film and three days before the screening they tell you that they can’t give out more tickets because it’s already sold out. We couldn’t believe it and were wondering: “Who is coming to that film?!” (laughs). We had amazing times, as we had full cinemas twice in the evening and a great audience. We didn’t expect it at all and it was a really enriching experience. We were armed and ready for all the difficult questions, the backlash and were in a defensive state of mind. But then at the end of it, people started hugging us, so that wasn’t expected!

LB – After the movie, we heard you talk about your inspiration for nebel, and how it originally started as a joke between you and your father regarding the weather in Switzerland. During the film, you see what the fog means for everyone, this kind of loneliness. We were wondering what does the fog mean for you?

NV – It took a while to find out what it really means for me. It is a symbol for the question: “How much of us, as a human being, is able to connect with other human beings?” If you are in the fog, it’s possible that someone is there but you don’t see him. That’s why I feel it has much to do with the relationships we build. And I don’t mean in particular “love” relationships, but any relationship. So for me, the big question at the moment is: “Which part of us can we share, and which part we can’t?”

LB – So do we have an influence on the fog? Can we control it?

NV – I think there is a certain part we can’t control. I believe it’s an illusion to say that you can share with others everything about yourself, as a person. If you want to put it in a sad way, we come in this world alone and we leave this world alone, and we also dream alone. That was a really important thing to realise. There are three things we will never be able to share with others: our birth, our death and our dreams. You will never be able to take somebody in your dreams. You can tell them, describe them, but they won’t be able to relive it. For me it was really important to get as close as possible to this feeling that you will never be able to put into words.

« There are three things we will never be able to share with others: our birth, our death and our dreams. »

LB – Is that what you mean by “inner hum”, which is written in the synopsis of your film?

NV – Yes, exactly! The “inner hum” is my attempt to put that feeling into words, that “unconnectable” feeling that there is always something vibrating in us that we will never be able to share.

LB – How much time did you spend working on nebel?

NV – We started in October and we finished in February one year later, so one and a half years. We were shooting for five months all over Germany, so we spent much of the time travelling.

LB – In the credits, we saw a large “Thank you” section for the crowdfunders. How did it feel to get people you sometimes don’t even know involved into such a personal project?

NV – Actually, all of them are friends! The person I know the least is my sister’s teacher, whom I’ve never met, but he’s still related to me somehow. It was a difficult experience, because when you do a film, especially this sort of film, you’re not sure of the outcome. You tell people about what you would like to do, but you never know the final outcome. So I think that most of the people who supported us wanted to support me as a person, in my way of making films. They may think that it’s not important how the film comes out, because my film will never be a large blockbuster or on television, but they are helping people like me who are on a difficult path, and it means a lot to me.

For me it was really amazing to know that at some point, you have people behind you saying: “It’s important that you do this.” But on the other hand it adds pressure on you, since you imagine those same people playing the DVD of my movie at home and seeing the screen white for the first three minutes. I don’t know if they will think I’m crazy. So I really had to learn how to not think about that, and my producer, Elsa Kremser, helped me a lot with that.

When there were crisis situations when we didn’t know how to go on, I started to panic slightly by thinking about all those people and the money they gave me. I was feeling that I was wasting their money by filming fog, but Elsa kept reassuring me that those people gave money to support me, and not any given film.

« I think that most of the people who supported us wanted to support me as a person, in my way of making films. […] They are helping people like me who are on a difficult path, and it means a lot to me. »

LB – Do your experiences in Berlin and Locarno encourage you to make more movies?

NV – I think that the most important thing is to be at a large festival, where you have a “normal” audience as well. Getting all these positive responses gives you strength to go on doing these films, and not trying to do something “normal”.

LB – So what lies in your future now, are you working on some projects?

NV – My diploma is coming up at the Filmakademie in Baden-Württemberg, and since I’ve just finished nebel, I haven’t written anything down for the next project. I’m traveling with nebel for a bit and I will start writing for my next film in the following months.

LB – Thank you very much! 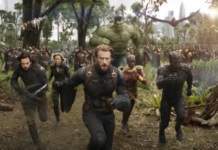 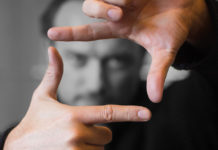